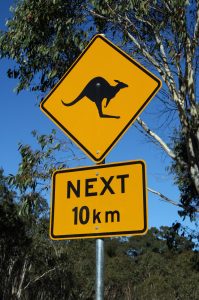 So what does this have to do with customer experience and other worthy topics? Well I’m sure you’ve got the idea that I had a pretty good experience at this show but that’s not really the point. As I noted before, the essence of great improvisation is being able to listen and respond in the moment. When this works well – in the case of great jazz musicians and great comics – the finished product sounds as good as something that had been thoroughly composed or written beforehand.

Listening and responding skills still don’t get enough attention in business and, perhaps surprisingly, this is just as true in customer service. Organisations have a desire to systematise and encode the behaviours they want from their service staff – absolutely fine if you need to give guidance on how to deal with difficult or stressful situations but problematic if you take it too far and prescribe behaviours that would be seen as normal or polite.

Many years ago I sat in a sales meeting and cringed as a colleague read out a pre-written introduction to the meeting. It sounded incredibly false and stilted and, as far as I recall, we didn’t get any business. I was new to the organisation at the time so I thought it was normal but now I wonder why I didn’t ask the sales person why they felt the need to script something that should have set everyone at their ease. I guess like a lot of business situations the need to manage perceived risks takes precedence over the need to be human (and therefore fallible).

In improv comedy the mistakes are part of the entertainment but, if you had too many, it would become tedious. Similarly in business we need to be fallible but also have enough expertise to limit mistakes to an acceptable level. Building a rapport with customers is a vital part of this.

So, in summary, the service lessons from the world of improvisation are:

And – my personal take away from the week-end – Wallaby Lacrosse is a great starting point for comedy. Don’t see it? Well you had to be there, I guess.