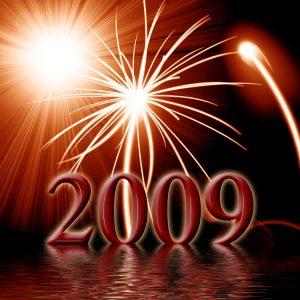 I’ve spent a large chunk of the holiday season reading the papers and they’re chock full of articles looking back at 2008 and looking forward to 2009. Depending on how grouchy I’m feeling it’s either a neat bit of recycling or plain lazy journalism. Whatever, this year I’m not going to be left out and so I’m proud to present the first annual Open Chord Awards for superior customer service.

I’ve had a whole year of regular commuting on the District Line and have had my fair share of delays and crowded tube trains. The driver who provided a running commentary as he tried to work out where his train was heading wins this not-very-hotly-contested award and gets a commendation for being the same driver who provided me and my family with an even more entertaining history of the London Underground whilst travelling into central London the other Sunday. Good customer service is largely about performance – in the theatrical sense – and so an entertaining one will usually help deliver a superior experience for customers.

Making Change Happen by Jane Northcote got a thumbs-up from me back in March and I am still referring to it in my consulting work, so in terms of practicality it’s one of the best I’ve come across. It’s also highly readable which is unfortunately still rare in a lot of business writing. It’s highly recommended for anyone in charge of change either explicitly or implicitly in all kinds of organisations.

Difficult category to judge – there are plenty of excellent ones out there but in terms of usefulness, insight and readability, Don Peppers and Martha Rogers’ 1to1 Media gets my vote.

Back in March I had my own experience of BA’s occasional ability to miss an opportunity to turn a mediocre experience into a good one, but it was eclipsed by the spectacular own-goal that was the opening of Terminal 5. A real shame as Terminal 5 itself is a great piece of architecture and, if it is a good idea to build more terminals (which it probably isn’t) is what they should all be like.

I’ve had some pretty disappointing feedback responses over the last year but Moto’s phone call from a strongly empathising manager at Grantham North in June was far and away the best. I haven’t been back to see how the refurbishment of the country’s drabbest service station has gone but will report if and when I do.

An idea so misguided it gets a category all to itself: the UK Government’s latest brainwave “to do for healthcare what Amazon has done for the book trade and Trip Adviser for the travel industry” (minister Ben Bradshaw reported in the Guardian yesterday) – that is, to solicit candid feedback on GP performance. Open Chord has helped clients obtain better customer feedback over the past year but it has been in situations where the transactions customers rate are more or less standardised. Customer feedback needs to be tailored to the specific situation: GP-patient “transactions” are massively more complex than buying a book on Amazon and so to get meaningful feedback – i.e. that helps the service provider improve their service – a much more sophisticated means of obtaining feedback would be required. There are more issues than I have space to discuss here and we might return to it in future but in the meantime it’s a very bad idea.

There are a few contenders for this ultimate accolade (unfortunately just a few, but maybe I should get out more) and the nominations are:

And the winner is… Ipswich Novotel (and Novotel generally, since I had a similar experience at the Leeds Novotel not long afterwards) but it was a close call with Pret.

So that’s it for 2008 – hopefully there will be more contenders this time next year – and winners are invited to contact me via this site to receive suitable rewards.