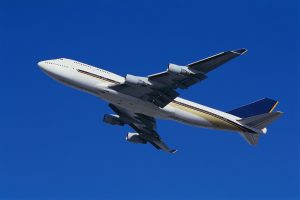 It seems that British Airways will continue to receive bad publicity over the disastrous opening days of Heathrow Terminal 5 so my own recent example of less-than-superior-service from the World’s Favourite Airline will hardly make much difference. But it does illustrate how difficult it can be to do the simplest things to say that you’re ‘sorry’ and to mean it.

I was on the last flight back to Heathrow from Edinburgh last week and arrived at the airport to find out that, owing to a problem with airport security and the catering supplier (don’t even ask) the flight would not be catered. As I had already eaten it didn’t bother me that much but when the flight got underway it was clear that not everyone had been informed, or had been given a voucher to buy food at the airport.

At first the cabin staff’s response was along the lines of ‘We’ll find out who you should contact to complain’ (pretty inadequate) and progressed to the slightly more encouraging news that the captain had contacted Heathrow to arrange for something to be sorted out for us.

As we neared Heathrow there were no more mentions of what had been sorted out and as we disembarked we were greeted with – you guessed it: absolutely nothing.

Now let’s be honest, airline food – even BA’s – on a domestic flight is not something you’d make a fuss about, but it’s part of a not-particularly-cheap package so you’d feel you were deprived of something you’d paid for. Offering a small amount of compensation is not that great but even worse when not everyone gets it. Giving everyone vouchers for food would have been pretty useless in Terminal 1 at 10pm when everything is shut, but I would have thought that with a tiny bit of imagination somebody at BA could have organised at least a bottle of mineral water to hand to every passenger as they got off (there were no drinks on the plane either).

The point I’m making here is that it’s not so much the amount of compensation that you give that’s important but the way in which you give it. Doing something even slightly out of the ordinary would have demonstrated to 100-odd customers that BA recognised we were inconvenienced and were prepared to go the extra mile (or even an extra inch) to rectify their (or their suppliers mistake).

You can see the same lack of real customer care in the Terminal 5 fiasco – although the chaos and lack of preparedness points to two fundamental mistakes:

I’m flying out of Terminal 5 to Edinburgh again this Wednesday. I’m just wondering if it might be safer to take the train…