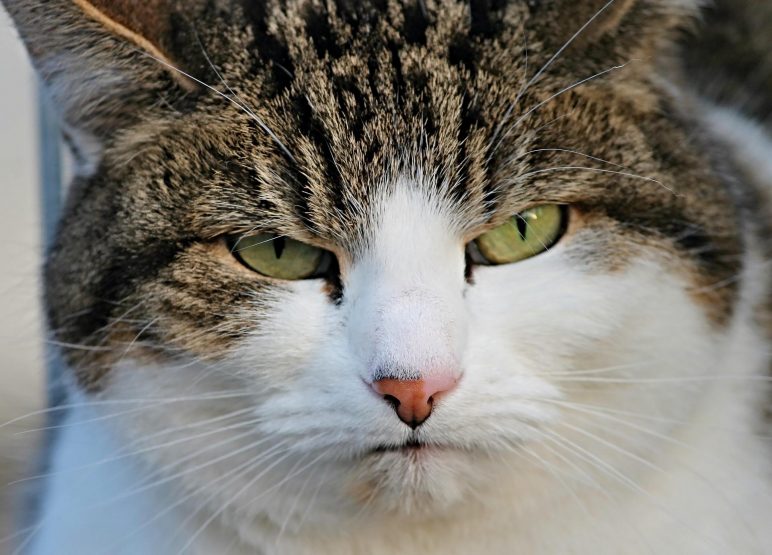 Being obsessed with customer experience is a tough gig sometimes – every instance of poor service, inept processes and lousy systems can leave me having a less than happy day – but I recognise that I choose to be so obsessed. People in service industries, very often at the lower end of the income scale, probably have a lot more to be stressed and unhappy about right now. So maybe this is why surliness is on the rise. Or at least it would appear to be based on an entirely unscientific sample of recent interactions.

In a nearby branch of a UK coffee chain, when notifying the barista of the sub-standard state of their loos, the reaction was not “Oh thanks, I’ll get that sorted” but a rather grudging acknowledgment that they would get around to it when they had a moment.

When arriving in a local pub for a meal recently, a friend of mine walked out when her statement that she had a table reservation was dismissed with a curt “And…?” and on repeating the statement the bar person gestured to the largely empty restaurant and said that clearly they had plenty of tables so take your pick. (I think we can work out why there were so many empty tables if that’s typical.)

Another day, another lunch: on arrival at a recently refurbished branch of a chain of French restaurants my wife, who uses two walking sticks, had some difficulty negotiating the step into the restaurant, due to the absence of a handrail. When she pointed this out to the team member on the door (twice) it was like they had been suddenly been struck deaf. In the interests of balance I should point out that the rest of the experience was great and the server’s hearing returned to normal once we were seated and suitably fed and watered.

Don’t get me started…

And then there are some organisations that don’t even give you the opportunity to have an interaction, surly or otherwise. When informed by a pub I’d gone to for lunch that the wait time would be at least an hour as they were short staffed, I rang what I thought was the number of a nearby local restaurant – part of a chain that we’ll refer to as leafy for now – to see if they had a table now, only to be put through to what seemed like a call centre with the usual set of options (to make a booking press 1…). Frustrated that I couldn’t make a simple enquiry I ended up somewhere else.

The somewhere else turned out to be The Black Lamb where the service was not at all surly, thus disproving any attempt by me to produce a general depressing trend. But even so, the bad examples do illustrate some learning points.

First, front line staff are going to be more stressed, faced with rising costs and other current stresses so organisations need to reflect that by ensuring through training and support that those stresses don’t filter through to customer interactions. Secondly, encourage a culture of listening to customers and acknowledging their concerns and, critically, put support processes in place so that those concerns can be acted upon.

The Black Lamb provided a good example of this: having grown up in hospitality I’m actually reluctant to criticise food unless it’s absolutely terrible, but one of our party responded to the waiter’s “How was your meal?” enquiry with her view that the roast potatoes weren’t up to much. I mentioned that my home-cooked ones were generally better. At the end of the meal the waiter appeared with glasses of dessert wine by way of compensation: a nice gesture for something that was far from catastrophic as far as we were concerned but that leaves me with a positive impression and increases my chances of returning.

And finally, make sure people can talk to people without too many barriers. The fact that a large number of customers are happier when talking to a human being has been systematically ignored by organisations over the years just illustrates how far away we are from being genuinely customer-centric.

In the case of the leafy restaurant chain it led to a potential lost booking so it does affect the bottom line but in other areas it’s worth making sure customers don’t spend ages navigating IVR before getting to speak to someone. We have had two recent calls to British Gas that involved repeatedly picking our  way through IVR and working out what to say or press to make sure we didn’t get bounced out with a “you can check this online” message (we couldn’t – that’s why we were calling…). Once through, the experience was great: knowledgeable, capable and pleasant service agents who could answer our queries, reschedule appointments and adjust payments. If we’d been able to get through first time it would have been exemplary and worth a post on its own.

Surly service isn’t going to cut it, even in a worsening economic climate.

Image by Manfred Richter from Pixabay