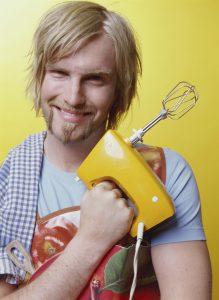 Recently I spent an evening at the theatre seeing Yazmina Reza’s new play God of Carnage. It’s got an excellent cast (perhaps the only time you can see DI Rebus, Voldemort and Debbie Archer in the same bill) and only detains you for about 95 minutes. Its central, rather bleak premise sparked thoughts about the conditions under which superior service flourishes.

In the play, two sets of well-to-do parents meet to discuss an incident in which one of their 11-year old sons hit the other with a stick. At first the couples conduct a polite and reasoned conversation about how to resolve the issue, who should apologise and so forth but gradually a combination of circumstances (including a great display of onstage projectile vomiting) and the path of the conversation leads them into much darker territory, revealing the conflicts and tensions underneath the facade of politeness.

The play got me thinking about a number of things – such as why everyone (including me) was laughing at a play that was extremely bleak and fundamentally pessimistic about the human condition – but particularly made me think that the facade of politeness is fundamental to good customer service.

When I was in my teens I spent my summers working in my parents’ hotel. One year we had a feisty Australian Vietnam veteran head cook working for us called Harry. For anyone who’s had the pleasure of working in a hotel kitchen the most irritating thing that can happen is someone coming in to the restaurant five minutes before you’re due to close up and take a well-earned break before the next service. I remember a couple coming down five minutes before closing one morning and ordering a full cooked breakfast.

‘Wouldn’t it be great’ mused Harry, exasperatedly, ‘if we ran a hotel where we could just tell customers what we thought of them – “You want breakfast? Nah!” he then combined a raspberry and a rude sign in the direction of the dining room. I was at an impressionable age and this anarchic approach appealed to me. Luckily for the hotel guests and my parents’ business I didn’t put it into practice and had to make do with watching Basil Fawlty’s antics on TV a couple of years later instead.

The idea of telling customers what you really think of them is appealing but something in our cultural conditioning prevents us just as – mostly, but perhaps not as often – customers are usually polite and civil even when stressed. Perhaps it’s a bit of a paradox but you’re more likely to achieve a positive emotional connection with your customers – the foundation of superior service – when everyone’s emotions are kept in check.

There are circumstances when this does fall away though and an item on BBC news recently shows what happens when alcohol and drug misuse cause customers to behave badly.

It’s times like this that remind you how front line staff in some organisations have to put up with a lot more than late sleeping hotel guests.