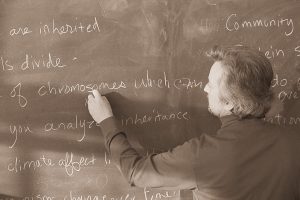 Harvard Business School professor John Quelch writes in the HBS Online discussion forum this week on How To Be a Customer. It reinforces the point made in the earlier post on this blog about the customer’s role in getting superior service. To summarise, Quelch suggests five approaches:

Again we return to the issue of how to establish a trusting relationship between customer and supplier – it’s interesting that Quelch points out that a number of books aimed at customers are concerned with ‘beating the system’, which is the basis of confrontation rather than trust.

A previous post suggested some ways in which trust could be engendered in the form of trustworthiness, reliability and so forth but if you look at the other side of the coin it’s worth examining what can an organisation do to avoid slipping into confrontational relationships with its customers.

In my experience it’s staff and, particularly, management attitudes that are key here. Although I have come across organisations where there is a genuinely positive attitude to customers I have also come across plenty of instances where customers are viewed not so much as a nuisance – the old joke that ‘this place would be great if it weren’t for the customers’ is rarely true – but as invariably exhibiting the opposite of Prof. Quelch’s five points. The word invariably is key here because what happens is that some customers behave badly – e.g. are rude or are trying to beat the system or get something for nothing (go on, we’ve all done it from time to time!) – but this bad behaviour gets magnified and hardened into a general view that all customers behave like this.

Leaders of customer service organisations need to be sensitive to conversations in their organisations that reinforce negative stories and stereotypes about customers. Sometimes this won’t be obvious and may, often, be institutionalised in the way company policies and procedures actually work. For example, authentication and security procedures, whilst necessary to protect an organisation and its customers from fraud, can sometimes be pitched too much at the minority of people intent on deception and inconvenience the majority.

The art and science of risk management is a detailed subject that we won’t go into here but suffice it to say that a cultural orientation towards conflict with customers needs to be checked against some real data e.g. how many instances of fraud are actually detected during an average month. Focusing customer service on the majority of well-intentioned customers and taking adequate precautions to deal with the small minority means that trusting relationships are much more likely to be developed.