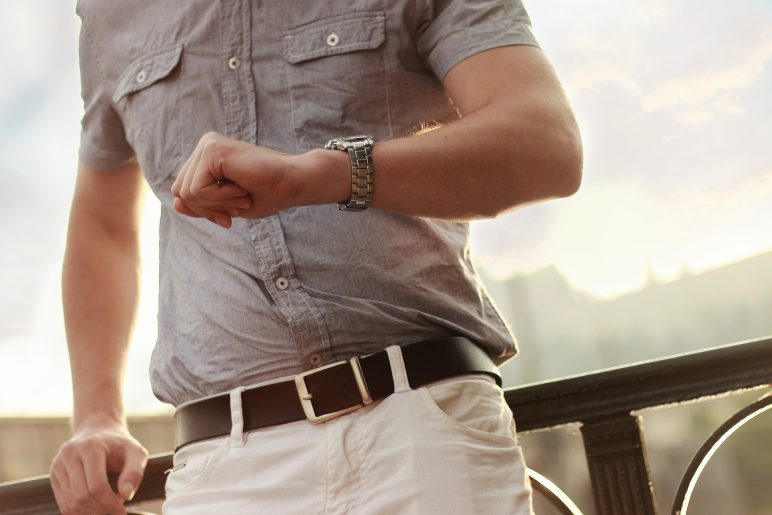 As a long-term fan of the band Talking Heads I’ve always found their lyrics intriguing and none more so than the line from the song Heaven which states that “Heaven is a place where nothing ever happens”. Taken out of context I am not totally sure I agree with the statement (and taken in context I am not sure I quite get it…) but the feeling you get when you expect something to happen and it doesn’t is definitely not heavenly.

Such was the feeling I had a few weeks ago when on the last working day before I was due to attend court for two weeks’ jury service I received a text telling me I was not required to turn up. A subsequent email put me “on hold” with the possibility that I might be discharged from service if not needed.

I was looking forward to another bout of jury service as I had really enjoyed my previous experience around 10 years ago. The two cases I heard were pretty straightforward and, luckily, not dealing with anything particularly distressing. And I met an interesting and varied bunch of people who developed a certain camaraderie, having been thrown together in the jury room what was, for most, a strange situation. I was interested to compare the second time around but it proved not to be. The days passed and I received no request to come in and eventually on what would have been day 9 of my stint I got a text discharging me from service and thanking me. A follow up email was even more effusive in thanking me for performing my civic duty and encouraged me to complete an online satisfaction form. Any type of customer survey is catnip to me but it did seem like it was aimed at someone who’d actually been required to turn up to court. Nonetheless it turned out that I was quite satisfied and I was pleased that they didn’t ask the usual NPS question – I can’t imagine anyone recommending HM Courts and Tribunals Service to friends and family (although I would recommend jury service in the event you get asked to do it).

The whole experience brought to mind the line “They also serve who only stand and wait” and it was emphasised still further in the 51-minute wait time I had calling the Co-operative Bank a day or so later. Well, I wasn’t standing and I used the time to start writing this article so it wasn’t entirely wasted. Except that the transaction I wanted to carry out couldn’t be completed as I hadn’t got the necessary data to hand. (Ironically it was to set up an online banking token so that I wouldn’t need to call their contact centre.) All in all it was a frustrating experience and not uncommon from a quick look at online media comments, which is a shame, as although I’m not a Co-op customer – this was for a charity I’m a trustee of – I’m generally of the opinion that they are one of the “good guys” in financial services.

Waiting patiently is not something that western culture encourages, which is a shame for those in the hard-pressed world of customer-facing operations since when customers arrive at the point of service they are not always capable of behaving civilly towards the person who has to deal with them. (This problem is magnified for those involved in front line healthcare – I know of a 91-year old woman who fell outside her house recently, breaking her hip, and had to wait three hours for an ambulance – we all know how much stress the system in the UK is under.)

Managing expectations is one way of alleviating the pressure although it doesn’t always work that well – the Co-op phone queue informed me that I was “moving forward” which was not surprising since it wouldn’t help to tell me I was stuck or moving backwards. Getting a sense of where you are in the queue is helpful but only if you can tell how fast you’re moving through the queue (this works best on online booking sites where the visual element helps e.g. Queue-it and similar companies).

Call-backs also work quite well – although when I called HSBC with a query about an online questionnaire they had asked me to fill in I had actually completed it just at the moment they called back.

But whatever workarounds they employ I don’t think companies pay enough attention to the demands they make on customers to donate their time to them, whether that’s standing in line, hanging on the telephone or filling in a satisfaction questionnaire.

How much is that customer in the queue worth?

Organisations should account for customers’ time when looking at the total cost to serve. The hour I spent in the Co-op queue – if costed at the UK national living wage – would be worth about £10. That’s not a cost that would matter very much to the Co-op until you multiply it by the number of people waiting in a queue during the day. I have no idea how many customer-hours are spent in this way but let’s say it’s 100 customers a day, 200 days a year: that’s £200,000! For that amount you could certainly afford a few more agents to shorten the queuing time. Of course, that’s money that the organisation would need to find but it’s a useful financial argument to make, even if accountants might refuse to put it on the balance sheet.

In short, don’t take your customers’ time for granted and, if necessary, total it up – you might be surprised at what you find.