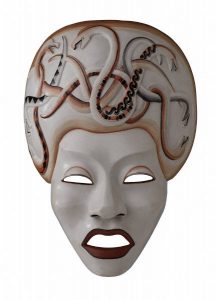 I was in a meeting with one of my clients recently where we were reviewing a document that dealt with how to get the voice of the customer more embedded into their project methodology. Following a battle with Microsoft Word’s spell-checker the document referred to a project mythology. Laughs all round but this got me thinking: methodologies are all well and good but it’s an organisation’s mythology that can make all the difference between successful innovation and unsuccessful stagnation.

Why so? Well, let’s look at myths and what they mean. Myths and legends are stories that stay in cultures for a long time, recurring in various forms. The BBC, for example, is running a series of fairy tales re-told in a modern setting and the other week the Guardian gave away a Greek myth with every paper (I remember a time when newspapers just had news – I must be getting old!) A story that stands the test of time is one that illustrates some fundamental truth about human nature – and can both reinforce and challenge the way we feel about ourselves and the community or communities we are part of and the things that they value.

There is a substantial body of thought and practice around the role that storytelling has in organisational cultures and it would take a lengthy post to do justice to it. David Gurteen’s site – sign up to his excellent newsletter here – is a good starting point for the topic.

There’s a link there to Christopher Booker’s book The Seven Basic Plots: Why We Tell Stories and it’s worthwhile pausing to think how some of the basic plots he identifies might surface in organisations, for example:

Whether there are seven or seventy different types of stories is neither here nor there as there will be a vast number of variations that reflect the specific cultures and sub-cultures within an organisation. In some cultures a monster will be slain by collective endeavour, in others by the collective efforts of a team. Epic journeys will be undertaken by a powerful leader through a heroic struggle with his or her executive team, or through a consensus approach. (Something tells me the latter wouldn’t make such a great movie script – but I’d love to be proved wrong.)

And stories don’t just evolve through conversations in the pub or around the coffee machine, they evolve through the decisions an organisation takes. For example, in rewarding innovation do you hold a celebratory dinner for everyone or just the winners and the best of the rest? How do budgets get allocated – and what stories will be told about the decision-making process? What happens when the organisation faces a crisis?