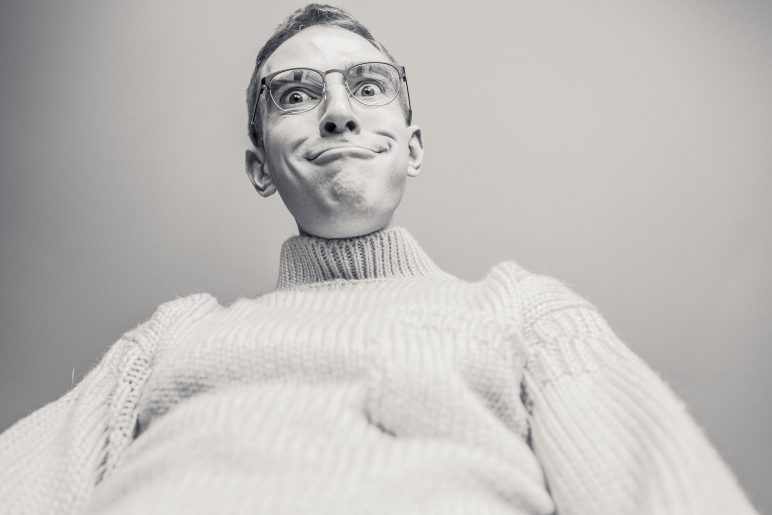 A distant reminder of Candid Camera is nothing to smile about

As a TV-obsessed tot in the 1960s, one of my favourite programmes was Candid Camera. With its procession of pranks on unsuspecting members of the public filmed by hidden cameras it provided some guaranteed laughs and played to this child’s sense of mischief. One episode that’s stuck in my mind – for some reason – consisted of someone pretending to be Swedish and asking people where he could “buy a gorm” as he’d been told by his girlfriend that he was “gormless”. It was probably one of the least funny pranks – particularly over fifty years on where making fun of someone’s linguistic challenges isn’t exactly PC – but, probably because I liked the word, I have always wondered what it would be to have one or more “gorms”.

The other day I was having a Sunday lunch in a pub in Malmesbury in Wiltshire. It does great food, but the experience was slightly marred by slow service. Two waitresses were working the small dining room: one was rushing around providing a great, personable service but the other, who gave the impression of being new to the job, was hanging around looking like she didn’t know what to do and had to be encouraged to take our order. The conclusion we reached was that she was a bit, well, gormless.

This seemed so apt that I thought I should try and unpick what it actually meant. A quick Google search was quite revealing: “gorm” derives from the Old Norse gaumr meaning care or heed, and it found its way into English as gaumless, spelt as gormless from the mid-18th Century. (Clearly the Candid Camera team were more erudite with their hapless Swede than might have been thought.) It means “lacking sense or initiative”.

What a great word to use in customer service!

Yes, consider gorms to be a measure of the amount of initiative you take with your customers. On an arbitrary five-gorm scale our Wiltshire waitress was on about one gorm; her partner was – when she wasn’t rushing about looking after the other customers – on about four gorms.

You’ve probably realised by now that I have just found another word to describe customer care – or the absence of it – but think about it: how often do you encounter service that is a bit gormless. It’s not just people: my wife has struggled for weeks with a bank renowned for its customer service when the combination of an app reset and a broken process for providing her with the right codes for password renewal meant that she couldn’t access her account other than by telephone. Collectively gormless, despite the usual pleasant experience talking to their advisers.

It’s a service truism that you have to recruit for attitude and train for skill – so you can argue that avoiding gormless customer service is just a matter of recruiting people who aren’t themselves gormless and who show the potential to be able to take the initiative. But the deeper question is to ask what processes, beliefs and attitudes in your organisation actively discourage initiative-taking and doing the right thing for customers. In other words, collectively…

How gormless are you?