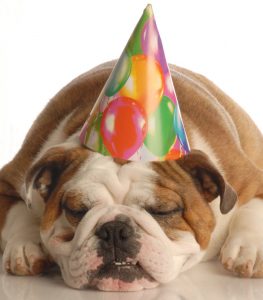 I’m going to tell you a story… no, I’m going to start with a confession – I don’t go to that many comedy shows so what I’m going to say is based almost entirely on the few shows I saw at the Fringe. But, as we consultants say, two data points make a trend and anything more than that is cast-iron proof. Oh, and I’m also going to attempt some humour… what’s that? People heading for the door? And I’ve only just started…

I’ll start again: I find the world of business invariably amusing. In fact I find life pretty amusing most of the time, which may be evidence of some underlying personality disorder, but we don’t want to go into that now.  That doesn’t mean I don’t take it seriously, but I think a healthy dose of humour is essential to keep people engaged and motivated.

However most of my attempts at humour are spontaneous – and that goes for most people – so I’m interested in people who consciously try to be funny. The evidence from the Fringe is that it’s a lot more difficult than it might appear.

I saw two stand-ups that were brilliant – Comedy Award Winner Bridget Christie and Alan Davies – a couple that were promising and a few that should probably examine their career choices. (In fairness, some of those in the latter category were treating comedy as something to do on their holidays from their day jobs.)

It was the contrast between those that were good and those that were not that illustrated what makes comedy work (and if you’ve made it this far I’ll get to the business bit soon). The good comics talked about something their audience could relate to e.g. family/partner relationships or feminist politics and, most importantly, structured their material well.

This is the key point for me: the best sets had clearly been thought through, written out and edited so that the end result had an almost musical quality – rhythm, tempo, crescendos were all in evidence. And the best comics are natural improvisers, able to make the material seem fresh and to deviate from the script where necessary.

It’s this musical and improvisatory quality that distinguishes the best from the rest – and the same is true in business.

So should people attempt humour in business? Or try to be more funny?

But people should take some time to study good stand-ups and work out why they are good – trust me, it’s more fun that it sounds – and then apply the principles of timing and audience relationship to their work communications.

I can’t guarantee this will succeed but if it fails you’ll have the basis of a great one-person show for next year’s Fringe. Assuming I don’t get there first…