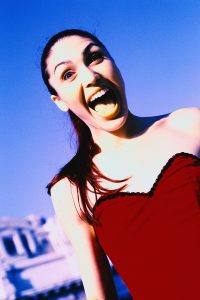 Making a positive choice to deliver a Wow! service is a different strategy from avoiding an “Oww!” service. Unfortunately many organisations implicitly choose the latter by failing to positively choose the former.

A cynic might look at the superior service examples in the previous two posts in this series and think that they illustrate examples where the customer got lucky. I’m also sure that there’s a good chance that people have had bad experiences for every Wow! example quoted in Derek Williams’ and Don Hales’ book – customer-nominated awards are by their nature not completely objective. Yet if you examine what’s going on in most of the organisations cited you will find somewhere someone has made a positive decision to deliver superior service. In some cases this can be a single front-line individual determined to rise above the mediocrity she or he encounters but in organisations determined to Wow! their customers consistently it requires someone at a more senior level to take that decision.

Ah, yes, a cynic might say, that’s what every organisation says it’s doing because no-one in their right mind would say they weren’t putting their customers first, treating them as a top priority or whatever. This is true – and I will devote a series to deliberate less-than-superior service as soon as I can find enough examples of organisations willing to ‘fess up to that as their actual strategy – but misses an important distinction: organisations that don’t back their statements regarding customer service with the appropriate processes, management systems and actions that engender the right behaviours in all staff are effectively taking a decision simply to avoid Oww! instead.

To illustrate the distinction let’s look at how the two strategies might differ:

The distinctions are sometimes subtle and I should emphasise that they both represent valid choices. However only the Wow! strategy will ensure that customers “get lucky” more often than not.