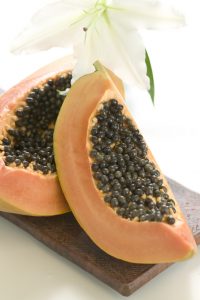 My social media credibility – recently boosted by having a tweet ‘favorited’ by a jazz pianist admired by my 16 year old – has taken a bit of a dive as I was unaware of Waitrose’s recent Twitter campaign – #WaitroseReasons – asking people to complete the sentence “I shop at Waitrose because….”. Initial reaction in the press and on Twitter suggested that this was serious hashtag fail. I personally think it’s a brilliant piece of marketing.

Completing the sentence or filling in a gap is always an opportunity for ridicule (for example see the ‘missing words round’ on BBC’s ‘Have I Got News For You’) so I think Waitrose’s marketing department would have realised in a nano-second that humorous, complimentary and non-so-complimentary tweets would be the likely result.

At this point things get almost a bit too knowing. Media commentary suggests Waitrose doesn’t get social media, which reinforces a slightly bumbling, even charming, brand positioning. Tweets mostly suggest Waitrose is a bit posh and expensive (golly, who knew?) and Waitrose thank people for their mostly nice tweets. Even the negative feedback is funny and some of the best responses manage to have it both ways, with a popular favourite even spawning a campaign to have a commemorative t-shirt.

So by playing it slightly dumb, Waitrose has pulled off a pretty smart marketing coup, getting some press coverage for very little outlay. Oh, and they also got some useful feedback on why people love the store.

And, for what it’s worth, I’d say that I shop at Waitrose because they do get social media. But that might be just too much irony in one small tweet.