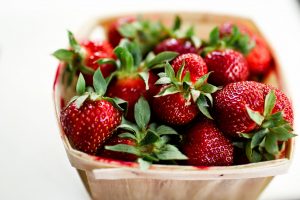 I’m writing this towards the end of the fortnight where my area of SW London experiences a quantum leap in busy-ness as the streets are thronged with people heading for the Wimbledon tournament at the All-England Lawn Tennis Club. As I write, the UK has reverted to its default state of no title contenders despite Johanna Konta’s spirited efforts and Andy Murray’s struggles with injury. However, there is a British winner and it’s the All-England Club itself, which organises and hosts the world’s leading Grand Slam tournament.

The secret of this success? I’d put it down to an obsession with customer experience – covering spectators and players as well as the 6,000 staff taken on for the duration of the Championships. An insightful piece in The Guardian newspaper just prior to the tournament revealed that, after each tournament finishes, the All-England club starts to work through the feedback received from all these stakeholders – a list of suggested changes that is then translated into an improvement plan for the next tournament.

So far so normal – if things are wrong you fix them, yes? – but I still find organisations where this type of action isn’t front and centre of everyone’s mindset and business plan. The key is getting the linkage to what drives the business. In the case of Wimbledon, it’s preserving and building on its brand and reputation. You could argue that any event that attracts leading sports people to do their stuff to the best of their abilities is going to succeed come what may, but you can also imagine that if that was the be-all and end-all of Wimbledon, it wouldn’t enjoy its pre-eminent reputation. Indeed, an event that didn’t take care to make sure customers had a good experience would soon be fighting a PR backlash rather than investing in improvements.

Of course, there are lots of reasons to be negative about the set-up: Murray and Konta notwithstanding, the pre-eminence of Wimbledon doesn’t translate into a groundswell of active interest in playing the sport or a wealth of home-grown talent. And the price of tickets, strawberries, Pimms and other necessary accompaniments to a day at the tennis is a factor that preserves the taint of stuffy elitism. 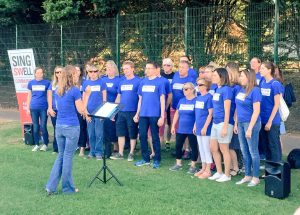 However, a glance at the people queuing overnight – and I speak from experience here as on one day in the fortnight the lucky campers are treated to a pop-up performance by a local community choir (that’s me in the picture) – shows that a more contemporary, festival-like atmosphere has grown up in recent years, boosted by a growing social media presence, showing that Wimbledon is following its customers as much as they follow the event.

The lesson is clear: if you want to build and maintain a brand, start by listening to customers’ feedback and then acting on it.