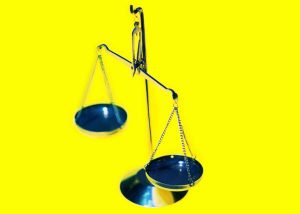 I’m writing this whilst watching Spain play Portugal in the World Cup and, as I usually root for the underdog, I’m supporting Portugal. Having had a great experience in Portuguese-style piri-piri outfit Nando’s last night I’m even more inclined to favour them. The secret? Over-compensation.

Up to now I’ve been fairly positive about Nando’s – a good choice for a cheap and cheerful meal out – but nothing that’s been worthy of a mention or even a recommendation.

Last night my son – on his third or fourth glass of ‘bottomless soft drink’ pointed out that his Fanta orange tasted of nothing much. I pointed this out to the manager who admitted that they had run out of syrup and immediately offered a juice or something else by way of compensation but my son, full to bursting already, declined. She then took our order for dessert and coffee. My wife and other son ordered their highly-addictive nata custard tarts. The manager looked doubtful that they had two left and had to apologise again.
Shortly afterwards the desserts and coffee arrived – one nata replaced with a coconut cake and accompanied by another apology – but the real surprise was the accompanying bill with nata, cake and coffees all gratis.
We weren’t  at all bothered by Putney Nando’s minor failings – running out of stock might be mildly inconvenient but it wasn’t a major problem – so it almost seemed over-the-top to give out free desserts and coffee. However what the manager clearly realised was that over-compensating for our minor inconvenience would pay goodwill dividends far in excess of the lost income.

Having done my share of complaints strategy reviews it’s something that not all companies seem to grasp: too often compensation gets proceduralised to the point where individual flair and imagination is squeezed out. My take-away from the Nando’s experience (no pun intended) is that over-compensating for minor failings will only benefit your business.
Unfortunately Portugal look like they are going out of the tournament so my support will be short lived. My support for Nando’s has definitely increased though…