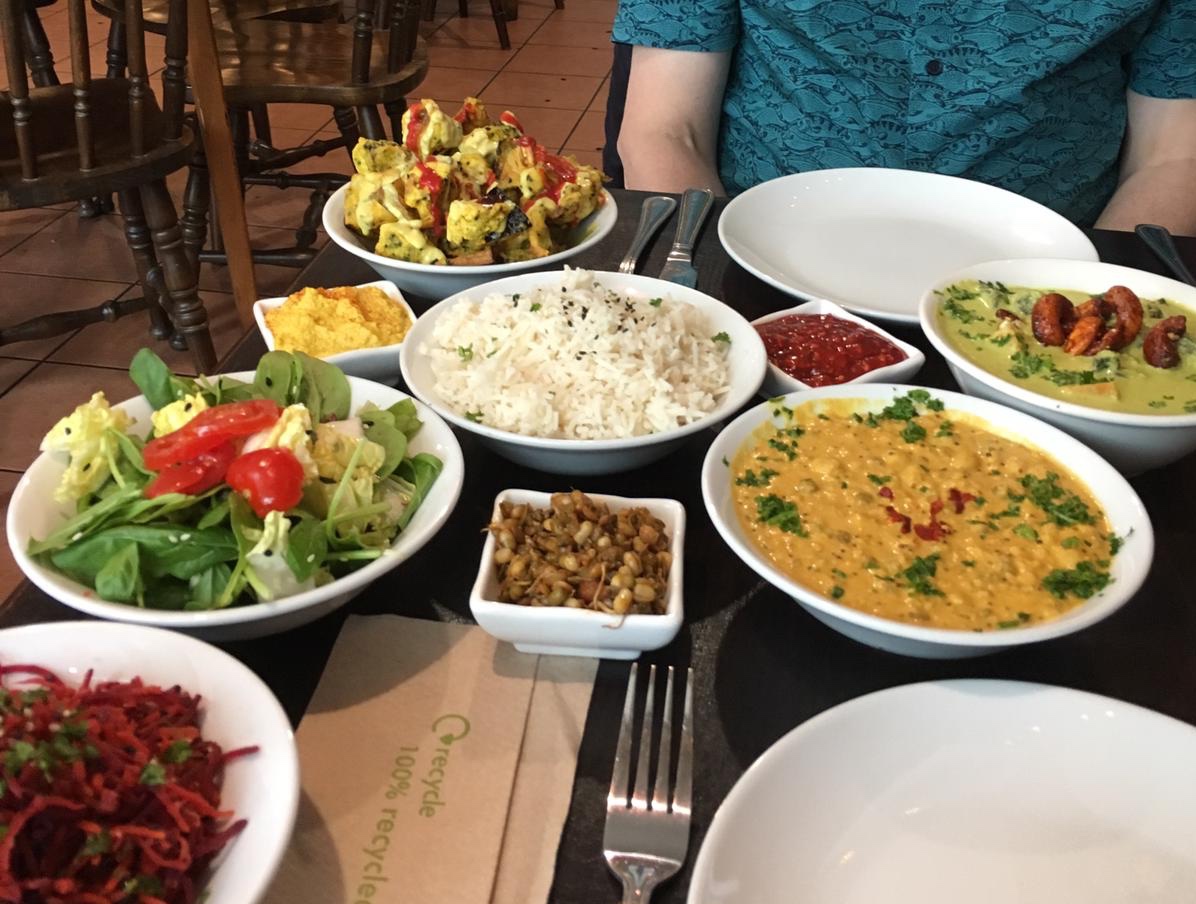 Nick Bush fills up with hospitality, but wants more

Having grown up in a hotel and then a restaurant I am, more than most people I suspect, obsessed with the hospitality industry. But a recent experience made me realise that hospitality businesses rarely offer hospitality that feels genuine – like a good evening spent having dinner at a friend’s house, say.

My immediate reaction to a restaurant offering “vegan soul food” is “run that past me again?” – I have no objection to food not involving animal products but it’s the “soul food” bit that mystifies me. Sufficiently so that I didn’t rush to eat at the nearby Amrutha Lounge when it opened last year but when I visited last week I realised what a mistake that had been. Not only is the food delicious but the serving staff make you feel genuinely welcome with an informality that stays the right side of the “hi guys!” fake cheeriness cliché of most casual dining venue.

The feeling you get is that they want to feed you – and feed you well. If you order a selection menu, which we mainly did out of laziness, there is an “unlimited top-up” approach so that you can order more of anything that you like. In practice the food supplied was more than enough, but I couldn’t resist the waitress’s eagerness for me to have just a little bit more. I’m much the same when I get invited to dinner somewhere: I find good food very difficult to refuse!

So, it was this aspect that was the clincher for me – a restaurant where people genuinely want you to enjoy yourself. It’s quite surprising when you think about it – the vast majority of places I visit are transactional: you order food, it gets delivered, you eat, pay the bill and depart. If you get personable wait staff and a nice welcome/farewell that’s a bonus but it often feels like it’s tacked on to the eating experience.

In the case of Amrutha Lounge I think the reason the experience feels different is that it’s part of an underlying philosophy about feeding people well. For example, they have a feature called “no man goes hungry” where you can exchange labour in the restaurant for food if you can’t afford it. (It’s a comedy cliché that if you can’t pay you end up washing the dishes, but it’s the first time I’ve seen it as part of the offer.) I don’t know how many people take it up, but it doesn’t really matter, it’s a statement of intent: what comes first is the offer of food.

And this is where so many businesses get it wrong on customer experience whether in hospitality or elsewhere. Too often, CX initiatives are built on top of existing poor processes and reward systems with little to change fundamental behaviours. As a consequence, effort is wasted, and results don’t justify the investment: CX is seen as a waste and nothing to do with the core business.

Actually, I would say forget customer experience and focus on what your core business does for the customer and how you want them to feel as a result: CX initiatives should grow out of that rather than be something that’s layered on as an afterthought.

You could say that customer experience has to come from the gut, but in the case of businesses like Amrutha Lounge, that’s the start – and the destination.

2 thoughts on “How often do you offer genuine hospitality?”