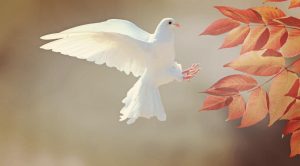 The recent furore over Dove’s Facebook ad – where a black woman ‘changes’ to a white, then Asian one as she removes her t-shirt – appears to be a result of a thoroughly misinformed piece of decision-making.

Dove’s subsequent ‘apology’, claiming that they had ‘missed the mark’ struck many as less then wholehearted, apparently compounding the initial error.

However, as commentator Richard J Hillgrove suggests in Drum, this could just be part of a cynical strategy by Unilever to propel their brand to the forefront of people’s attention.

After all, how often do you discuss skincare brands in the course of a normal week? Exactly, so all publicity is good publicity, yes?

There are two ways to look at this: one perspective suggests that ‘bad boys’ are running the show and, whilst we might not like what they do, we go back and buy their products because, at the end of the day, they’re cheaper and/or better than other products. (And we’ve forgotten those products anyway because they weren’t in the news.)

Close to the edge

There’s definitely mileage in an edgy brand that has an element of ‘rebel’ about it – in the brewing industry, Brewdog have been successfully peddling an image of the rebel outlaw for a number of years (having some reasonable beers in their portfolio helps). Whether Dove thought a touch of rebel was worth pissing off thousands of women and men of colour for is a question worth asking though.

It’s not just Dove that falls into this category, Ryanair has been occupying the territory with a ‘man-you-love-to-hate’ (Michael O’Leary) in the driving seat. Like Dove, Ryanair can shoot itself in the foot – in this case by screwing up pilot rosters – but still stands a chance of posting great results because, if sufficient customers want to endure the many indignities and inconveniences of low-cost flying, then they will continue to do so.

The difference between Dove and Ryanair though is that it’s unlikely that Ryanair made some cynical calculation about the amount of publicity that would ensue from a mistake on pilot rostering. (It may also be that Dove just miscalculated too.)

The second, more constructive, approach to reputation is to place the customer at the centre of all decision-making. It’s hard to imagine that the customer was front of mind in whatever process led to the Facebook ad at Dove. In a genuinely customer-driven company, all relevant customer segments should be ‘present’ when key decisions are made, either by including actual customers or a sufficiently diverse panel of staff who can act as the voice.

In this environment, cynical decisions don’t get made, since the anticipated feelings of customers drive the process. And with social media acting as instant judge, jury and executioner of reputation, it’s worth paying a bit more attention to how any decision will play out in the court of public opinion.